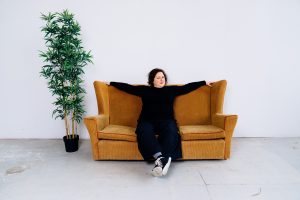 Siobhán McSweeney is originally from Cork and holds a BSc from UCC. She studied acting at Central School of Speech & Drama, London, and Ecole Philippe Gaulier, Paris.

She has worked at the Abbey Theatre, Royal Shakespeare Company, National Theatre, Royal Court, Donmar Warehouse, and Royal Exchange.
Her film and tv work is varied and includes roles in The Fall, No Offence, LondonIrish, Porters and of course, Derry Girls.
She has recently decided that she can write, despite as she says, “no one asking her to do so”.
Siobhán will open the evening by reading one of her own short stories. This event will be chaired by Edel Coffey.