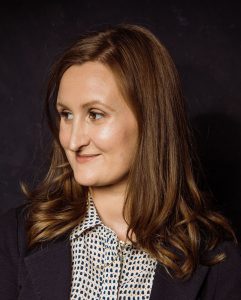 Grace Wilentz is a poet based in the Liberties, Dublin. Her poetry has appeared in Irish, British and American journals including Poetry Ireland Review, Cyphers, The Seneca Review, The American Poetry Journal, The Harvard Advocate, Magma, and The Irish Times. Her work has featured as part of a public artwork displayed on the facade of the Abbey Theatre. Her debut pamphlet, Holding Distance, will be launched by the Green Bottle Press at the Poetry Book Society in London in October 2019.

Grace Wilentz will be reading her poetry at Nenagh Arts Centre, prior to the conversation with Anne Griffin, John Boyne and Rick O’Shea on Friday 4 October.